Speaking to a crowded Ferry Brae office, Mr. O’Hara expressed his pleasure at being asked to perform the opening ceremony. Being a supporter of credit unions and viewing them as an important alternative to banks, he was delighted that Cowal would now have a suitable base from which to deliver credit union services. He urged us to “spread the word” and emphasised the importance of working with primary schools to encourage habits of thrift and financial prudence in our young people.

Local Councillor Michael Breslin was equally supportive in his comments and offered his help in any way he can.

Our President, Janet O’Sullivan, described the day as the fulfilment of a long held aim to extend the credit union’s services to serve Cowal as well as Bute. While thanking everyone for their expression of support by words and by attending the opening, Janet drew attention to the sterling work done by our Director and local resident Michael Boyce, Manager Peter Flanagan, Anne Cameron and Shirley Robins in getting the office off the ground and firmly established; she gave them her grateful thanks. Janet  further thanked Argyle and Bute Third Sector Initiative, formerly Argyll Voluntary Action, for their generosity in giving space for a pop-up office in their Edward Street premises which allowed our credit union to become known and begin providing services until suitable premises were obtained. This meant No.29 hit the ground running.

A very successful morning closed with a splendid buffet and time to network and socialise – under the benign oversight of Inspector Euan Wilson. 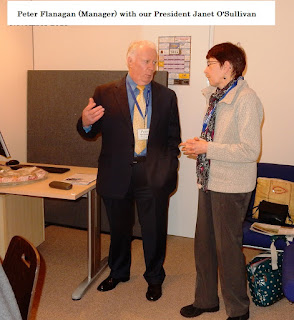 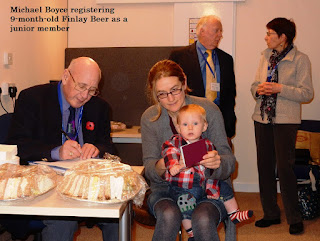 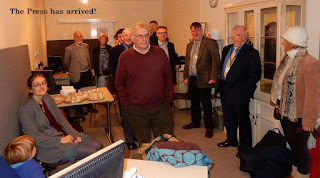 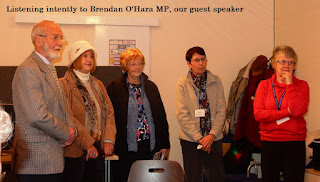 Posted by Alison Cross at 03:01 No comments: